Chat with us, powered by LiveChat
Skip to content Menu Close

These Tips Will Help You Pick out the Perfect WooCommerce Extensions

As you may have heard (because we won’t stop talking about it), we’ve integrated PayGo with WooCommerce. You may have also heard some of the fuss about extensions – mainly, that there are tons of them. They may even be a bit overwhelming, but fear not! I’m about to guide you through the jagged peaks of confusion to that which is the seasonably chilly and thinly atmosphere-d world of extensions. 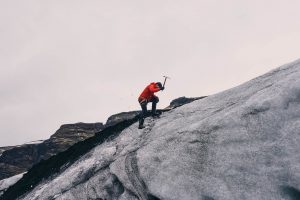 The climb will be… not that tough, really; you’re just making a few decisions.  I’m already dedicated to this mountain metaphor, so here we go!

You Need a Map

No one starts an expedition without knowing where they’re going.

Unless they’re me, in which case you might be heading out to a house party with no idea where it is. Then, somehow you’ll end up in Idaho despite not even living in Idaho. Chances are you followed a wrong road somehow and there was a squirrel and you got distracted and now you live in the woods on berries and pinecones and the wolves have accepted you as one of their own.

Navigating extensions requires having a destination in mind. It’s all well and good that you have thousands of extensions (or roads) to choose from, but until you know where you’re going (probably not Idaho) it’s just going to be confusing (roughage-based diets and woodland creatures).

So, what do you need your extensions to do?

First off, what does your online store do? Where do you usually ship? Do you need to worry about different currencies on a regular basis? How much customer feedback do you need? How much detail do you need for your items? Do you sell intangible things like classes, or events that need to be sold through the site? Much like when you are setting up SEO keywords, it’s wise to break down exactly what you need your website to do.

How do you climb a mountain? One step at a time

Okay, now you have your map and hopefully some comfy shoes, because this will be… yeah, still not as difficult as it looks. I’m really making a mountain (ha!) out of a molehill. Regardless, let’s scale that peak!

The best place to start is at the beginning. Let’s say you need a tool to calculate shipping. You can search the extensions stores, or just perform a search on “WooCommerce Shipping Extension” and see what turns up. You might end up with a list of extensions, or possibly some articles on what the best extensions might be. It might still seem like a dizzying amount of information, but we can narrow that down even further.

When hiking, you pay attention to animal trails, markings from previous hikers, and which berries are hallucinogenic (ingest or avoid depending on personal preference). These are important things to notice. Extensions are the same way – people have been there before you and they’ve left you clues and guides. There are ratings, reviews, and information on builds and updates. Ratings can show you how many people were either impressed or irritated enough to take to the web and express their feelings (and we all know how hard it is for people to open up on the internet).

It’s a good idea to read both the positive and negative reviews, because people who have downloaded the extension in the past may have run into problems or benefits that you haven’t thought of yet. Reviews can act as guidelines or warnings, and it’s wise to pay close attention to them. Keep in mind, the companies who are developing these plugins and extensions write their own descriptions, and they may not match up to the reviews.

Similarly, look at the stats. How many people have downloaded the particular extension you’re looking at? Because too few might mean that the software is new and hasn’t been tested too much, so you may run into bugs. Has the extension been updated recently? A recently (within the last few months) updated extension means that the developers are still working on improving it, and if there is a problem that might come up there’s a good chance it’ll get fixed quickly. How old are the reviews you’ve been reading? If you’re seeing a lot of complaints about a certain bug, that might have been fixed already.

So you’ve done your research, you’ve chosen a few that you think are winners, and we’re nearly at the peak of this weird metaphor. However, now you’re having second thoughts. Could you have made a wrong decision? What if you don’t like an extension you chose? What if you find out you need something different later on down the road?

It’s okay! This isn’t defusing a bomb. You’re just picking some extensions. Sometimes you might not like an extension you picked, and it’s very possible that you might either outgrow an extension or need a new one someday. That’s okay, because these aren’t decisions that will be written in stone. They can be changed if something doesn’t work out. You can also add or remove extensions at a later date if you need to. Pick what you think will be the most useful to you, and modify as you go.

You’ve done it! And really, isn’t picking extensions easier than opening a store or managing employees or climbing a mountain?

PayGo is a solution provider for independent retailers based in Rochester, Minnesota. Our primary focus is on point of sale / retail management software. We also offer a Merchant Account integration, a WooCommerce integration, Digital Marketing Services, and more.