Learn From My Mistakes to Avoid a Branding Tragedy 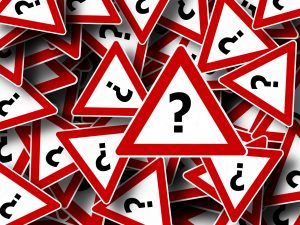 A few weeks ago, I wrote a post about the importance of branding for small businesses. Basically stated, a brand builds credibility for your store. It shows that you’re a professional, and that you’re serious enough about your work to put the time and effort into creating a cohesive brand. Your brand instantly shows that you put time and consideration into this venture, and aren’t going to throw it away on shoddy products and lackluster customer service. It says that you’re passionate about your job, and that job includes taking care of your customers and treating them with respect.

Creating a brand is also really hard to get right.

How do I know?

So perhaps you’re a fledgling entrepreneur who has stumbled upon this post whilst researching branding ideas, or maybe you’re revamping your current brand. Or possibly you’re reading this at some unidentified time in the future as part of an investigation as to Why Jess Went Bonkers (in that case, you should have ample evidence already). No matter the reason, I’m going to tell you the sad tale of what happens when you neglect your brand.

I hope you can learn from my mistakes.

It all started in the far-off year of last year. I was a hopeful young(-ish) writer, working on creating my brand. I wanted something that was uniquely me: sophisticated (or so I like to pretend) and creative (possibly), yet still amusing (subjective). This led me to my first mistake…

Not sure why we’re going with the scare caps, but okay. My mistake was, I went to art school (this mistake has come back to haunt me in, just, so many ways over the years). I believed that the power was within me to come up with a genius idea for a logo and brand identity, without ever asking anyone for help or input.

And it may have been!

Unfortunately for me, that part of me who is a genius artist has been hibernating for about three years now, so I was out of luck.

Don’t fly solo! Ask for advice from your friends, family, neighbors, and sympathetic bartenders. And if you’re not an artist, or you don’t have the time to cook up a good logo, hire someone to do it for you! Even if it’s expensive, it’s worth every single penny.

But, back to the story. I went through design draft after design draft, but nothing quite felt… me. I decided that I simply could not move forward without a good logo. It was the linchpin, as it were, of my entire theoretical business. It had to be perfect.

All of that. I had the idea in my confused little mind that my logo was so important that I couldn’t move on anything else until it was done. I was all up in my own head, and getting nothing accomplished.

Yes, your brand is important. I’m not telling you to ignore the importance of it (if I were, this article would make no sense at all), but I am telling you to continue working on, you know, the actual reason why you need your branding. Don’t get bogged down in the details and forget all about your big picture, and don’t overthink it! It’s important, but it’s not everything.

Finally, after months of inaction, I decided that I had to have my brand settled on, like, yesterday, otherwise I wouldn’t ever get going on my career. I decided to go with one of those pre-designed fill-in-the-blank cards, while promising myself that I’d come up with something better when I had time. I had one caveat: I would not include typewriters, quills or pens in my design. Ever. Especially not a typewriter. Because that’s low hanging fruit, and it’s been done a million times. Creativity is key!

My logo is a typewriter.

Don’t use a typewriter as a logo.

But it gets worse. Since I had dismissed this branding attempt as a throwaway, I didn’t really look it over before I sent it to the printers. My business cards didn’t have the word “WRITER” anywhere on them, and my other publicity materials were printed in a font far too small to be easily read. I had spent way too much money on paper that I had screwed up, and I had no one to blame but myself. And you know you’re in trouble when you hand your cards out to your friends and family, and watch them wince when they see them.

I didn’t take this attempt seriously, and I paid the (painfully high) price. I had 50 very high-quality business cards that didn’t say what I did on them. That’s not something that can be easily overlooked.

Take this seriously! Even if you’re not 100% committed to your brand as it stands right now, it’s still committed to you. Show it some love, and treat it with the respect it deserves. If I had taken my own advice, I would surely be a massive success right now (let me pretend), and not destitute and  squatting in an abandoned doll factory while living off of tree bark and stale candy corn (just kidding, my apartment is nice and I had pancakes for breakfast). Which leads me to…

I believed that my failure was written in stone. I thought that just because I had done it wrong, it was a sign from the universe that I shouldn’t try to write (some would agree with that, but they’re not buying me pancakes so it doesn’t really matter, does it?). And as sad as it is, I was ready to give up over a single mistake.

It’s not the end of the world if your first (or second, or fifth, or twentieth) branding attempt falls flat. It’s just a few colors and shapes on paper. It can’t break you, and it doesn’t mean that you’re not ready to start a business. It just means that this one part of your business didn’t quite get over this time. And I went back and fixed my branding, and it’s quite nice now if I do say so myself.

But I still keep my old failed cards around, just to remind myself of how far I’ve come.

PayGo is a solution provider for independent retailers based in Rochester, Minnesota. Our primary focus is on point of sale / retail management software. We also offer a Merchant Account integration, a WooCommerce integration, Digital Marketing Services, and more.